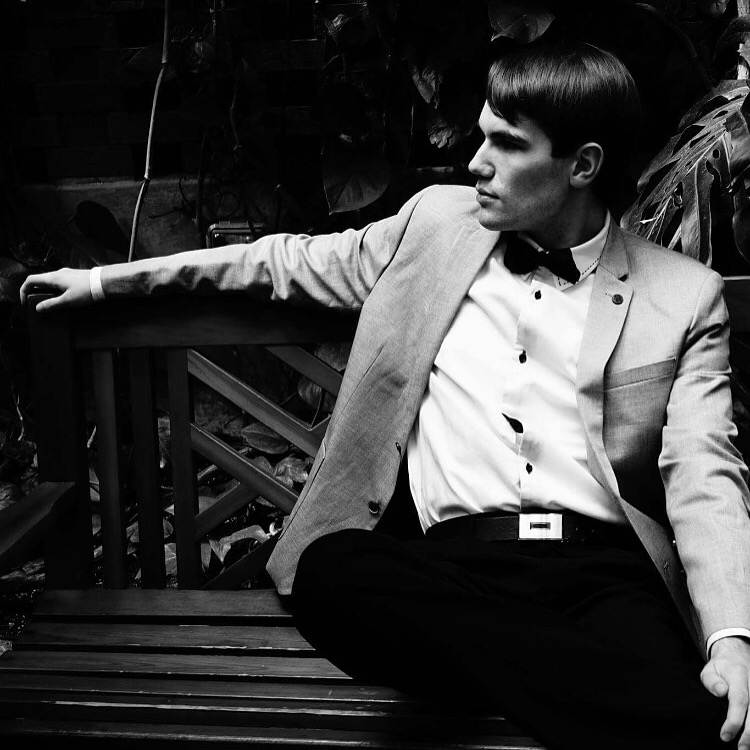 Let me be real. Let me make one thing clear right from the start. When you don’t get the part, it is about you. If I do not receive the part, it is about me. When casting directors, parents or friends say “it’s not about you”, no matter how awesome and kind they put it, they are lying. The whole arts industry is lying, and they are lying to all of us, including you. Also, for those of you expecting to get a ‘Top 10 Audition Tips’ to help you “book the part” out of this article, allow me to tell you now, that’s clearly not going to happen here.

What you will get, is a personal response from a 25 year old man, telling you about some of his experiences with auditioning over the last 10 years. He will be honest with you, and tell you that when auditioning, whether it is for theatre, film or even just an interview for that last open slot at your local cinema, you have to accept the fact that you might not be getting the part. It doesn’t matter that you gave 100% and put in the work. Everyone does. Unless you are Carol who has perfectly shaped teeth and a nice curved smile. Or Bobby who can memorize anything after 1 hour, with no problem, and who is more ripped than your ex’s love letters. The majority of people put in the work. No matter what happens after your audition, walk away and leave it to the Gods of old, or become friends with that lovely bottle of Mr. Daniels. You know, the one that daddy likes. Accept the fact that you have no control over the results, and you are fighting with a broken system that will beat you every time. No matter how hard you try, over time your own brain will turn against you. That being said everything will be okay. You got that?

Those of you looking to have an argument about this and ask “Who are you and what proof or right do you have to say these things?” Know that I have a personal experience of it happening. And like personal experiences, you have no right to argue them because if this hasn’t happened to you, you don’t understand it. So plain and simply put, for those of you who don’t understand why you aren’t getting work, it is because you are only an ingredient. You, as an artist are a single ingredient to add to a larger recipe. Everyone involved with a production is part of the recipe. I have often found myself questioning why they asked to see me, powdered sugar, for a part, when clearly this is a role for brown sugar. For you, being multi-grain flour, they will see you until they randomly start looking for gluten free. Hopefully they will see that their choice was dry, and they call you back to bring things together. I’m routing for you!

Let’s dive a little deeper into this soup pot of mine and examine how it tasted. Fresh out of high school I got offered to audition for a role. I wasn’t sure if I should accept this offer even though I would be away for the summer. I went for it regardless because, you have to at least try. It was a hot day in June and I was getting more and more excited to have a chance for a part.  Those feelings quickly went away over the course of this audition and it started with the first thing that was said to me. “You will be auditioning for the role of Aladdin. Are you comfortable with an Indian accent?” It was like the theatre world in Winnipeg didn’t have any respect for the actual story or those who should be a part of it.  At that moment, I didn’t really know what to say. I have a better idea what I should have said now, but then I didn’t. After a two minutes of listen to the person explain their vision, I declined and said thanks for your time.

Moving forward to a brisk 2016 October day, I had accepted an audition for lead part in an independent film. How exciting is that? Me, to audition for an ingénue role in a film, I found that very exciting. As I arrived to the waiting room, I was shocked to see that there was no one else there. Not a single person waiting. I did that awkward dance where you don’t know if this is the right place and you look around all the corners before you sit down, only to have the door open right as you sit down. “Anthony? Come on in!”. This well dressed person said to me while looking at their clipboard. When I entered the room there were 2 people in it. They looked like convicts waiting to be interrogated in a NCIS or Blue Bloods sing a long episode. After a little small chat, I got up and presented what I had prepared. A person behind the table said that they didn’t like that role for me and asked me to read for another part. I hate cold reads, but I wanted to be apart of this show, so I did it. I did it for another role. And another. And 8 more after that. 3 of which were female roles and one was even a part for a 90 year-old grandmother. She had the best part ever. They didn’t know what to give me, but they said they wanted me. I felt like I was in high school again and people liked me cause I was the “nice guy.” I said yes to try every part and took what notes were given. After what felt like 30 minutes, the person holding the camera said “Did you want any of that on film? I wasn’t recording.” I was at at the breaking point, but me being “the nice guy” I asked if they wanted to do another one. To which the person calling the shots stood up and said “We will talk to you soon, thanks for coming!” Leaving very quickly, I drove to VJ’s Drive In, order the special and large fries in a box, cause you get more of their delicious fries, with a blueberry milkshake and ate myself into a post audition coma. I’m still waiting for that phone call.

This one I was hesitant to add, mostly because I thought people wouldn’t think it happened, or would deny that this does happen. Guess what, it does happen, and auditions suck because of it. Regardless of what you think, this story is about me. So here it is short and bitter-sweet. At the start, like all great auditions do, I felt confident. I was ready to show this panel what I could do on the eve of this spring audition season. Even though they messaged me to tell me they were 30 minutes behind schedule, hoping the city wouldn’t ticket me, I paid for the full two hours and waited till my time had come. As I entered the room I wasn’t greeted with a “hello” or “welcome.” All I received was a glance from the casting director, and the words “remove your shirt and pants please,” from the sprayed-on tan casting assistant who wore a leopard print vest and pants that shouted Hollywood’s here! It wasn’t until I had my pants down that the casting director glanced up and spoke a single word, “Oh..,” a word that stung more than having a girl crack a smile at you as you pull down your pants hoping to impress her.

Not all auditions are bad. I’ve had very positive and great opportunities. One audition that I had was with a very dear friend of mine who was the director for this short film. I was nervous going for the part, I didn’t think I could do it and there was a lot of work that needed to be done. Sitting in the waiting room I couldn’t breathe, it was the mix between my nerves, and the smell of the tuna sandwich that the flustered first year university student was devouring next to me. “I don’t think I can do this.” I thought to myself as I waited to go in as my heart kept pounding in my chest. The door opened, I walked in as far as my wobbly legs would take me. “Anthony, breathe,” my friend said to me as she walked towards me. “I don’t want you to worry about anything past the first 5 lines. I want you to only play with those. Have fun.” The exhale I let out filled the space I was in and brought chills to my back. “Let’s do it,” I said after getting my focus back into the moment. After what felt like 5 minutes, but later turned out to be 1 hour, I felt so apologetic and felt bad for taking up much of the group’s time. Not to mention the other people waiting.  My friend told me that she needed to see if I would treat her like a friend or a director. I needed to prove that I had ideas to play with, but also could deliver what she wanted. I was, with a lot of work in the room, able to do that. 2 years later,  she told me that “there was no one else waiting” that day and she wanted me to play the part. She also said that “if you (me) didn’t give 100%, I (her) wouldn’t have done the short film.”  I looked at her stunned and told her “Are you serious? You’re crazy!” She laughed for a while then replied saying, “No, I would have done it without you. It just wouldn’t have been what I wanted. With that being said, want to make the short film a feature?” Thus, S.A.L.I.G.I.A had returned.

You will have good experience and not get the part. You will have bad experiences and get the part, but turn it down because you felt bad about the experience. Whatever choice you make, own it and accept it. Even good choices have possible consequences.  By now I hope, you understand that there is a bigger dish that needs to be plated and you might not fit in with that recipe. And that’s okay, don’t let the chef’s in the kitchen tell you otherwise. Learn to cook for yourself, bring other ingredients in and together, make some fucking delicious art, that even a picky four year old, who only eats bread and butter will try. Who cares if they like it or not, just bring people to the table. 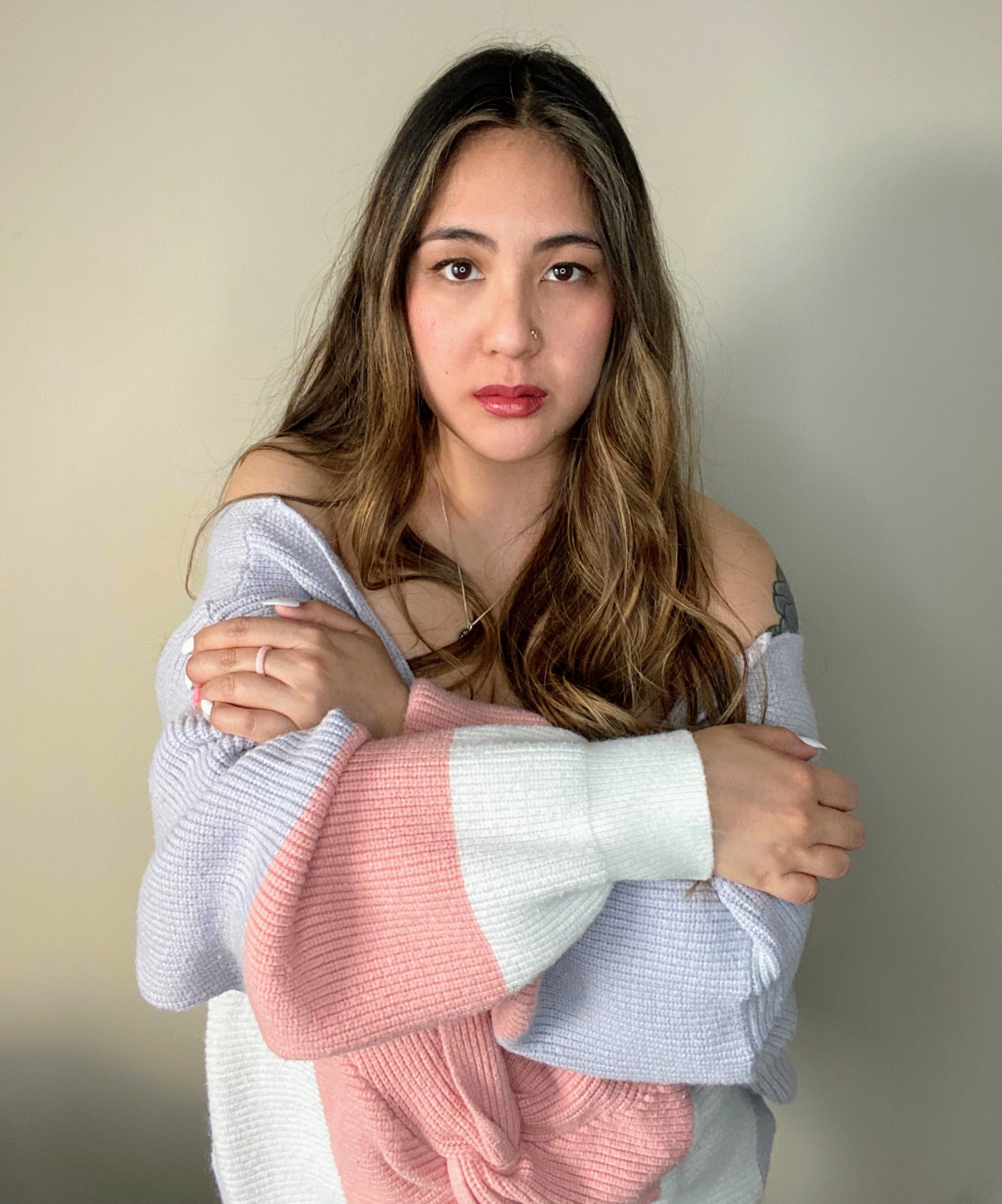 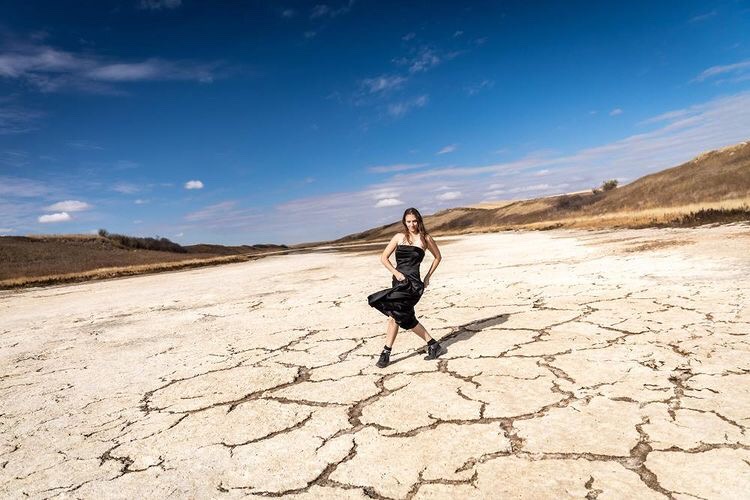 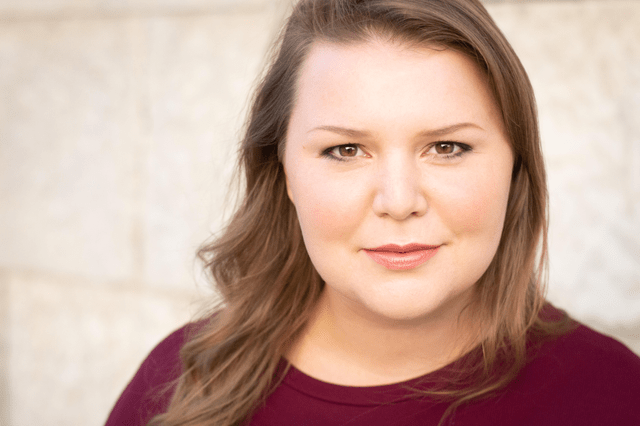